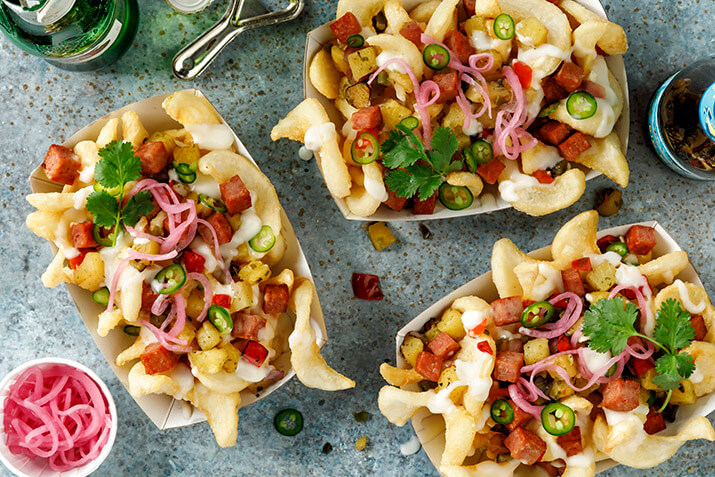 If you were dropped into the center of any major city in the world, you’d likely be only a short walk away from fries. That’s because fries are ubiquitous, thanks in large part to the global presence of major fast-food chains. But fries are also a canvas for creativity in all industry segments.

“As much as fries are an American icon, they’re an international phenomenon,” says Simplot Director of Culinary and Corporate Executive Chef Dianna Fricke. “Chefs all over the world are putting their stamp on innovative fries recipes, and the results are turning heads here in the U.S.”

French fries will always be a worthy companion to a cheeseburger, but restaurants and chefs around the world have redefined the uses of fries and fried potatoes. To fully appreciate the current trends, it’s helpful to understand where fries originated.

The history of the humble potato

The very first potatoes were cultivated in the Peruvian Andes. Unlike the Russet Burbanks we’re familiar with today, the potatoes were all shapes, sizes, and colors. When the Spanish conquistadors arrived in the 1500s, potatoes were brought back to Europe but were incredibly unpopular for human consumption. Farmers used them as animal feed. Eventually, due to famines and wars, people turned to the nutritious and easily grown potato.1

Fries have always been "international"

It’s still hotly contested when and where fries first came to be. There are mentions of fried potatoes in writings from the Spanish dating back to the 1500s, when the potato first arrived in Europe. However, the birth of the modern-day fry (deep-fried strips of potato) is rumored to have occurred in two different places: Belgium in the 17th century and France in the late 18th century.

Wherever it started, the term “French Fry” first came from Thomas Jefferson, who, after returning from France, requested that his White House chef, the enslaved James Hemings, prepare “potatoes fried in the French way” for a dinner party. Thus, the fry was introduced to the U.S. in the early 1800s.2

“French Fried Potatoes” were found in cookbooks and recipes into the 1920s, when the fry started to take off. Troops during World War I traveled to Belgium and fell in love with them, returning to the States wanting more. With the boom of fast-food burger joints and the cost-efficient fry growing in popularity, White Castle was the first fast-food business to introduce fries to their customers. From there, the popularity of the fry exploded.3

Fast food has had an undeniable effect on the consumption of fries worldwide, with many countries’ introduction to fries coming from fast food giants. Many global fry trends have even stemmed from items featured on their menus. Honey-butter fries are one such phenomenon that swept through South Korea and has since gone global. Honey-butter seasoning originated on potato chips made by Haitai in South Korea in 2014 after a customer survey revealed that people wanted a sweeter flavor option. McDonald’s followed the craze by releasing their own honey-butter fry for a limited time in 2015.4 It proved so popular it quickly spread to street carts and other Korean restaurants like the one featured in this Buzzfeed video.5 The salty-sweet seasoning is now used on fries the world over.

Since their creation hundreds of years ago, fries have become the most popular side item in the U.S. and demand isn’t waning. According to DoorDash, fries were still the most ordered item in 2021. The type of fry that saw the most significant increase in sales? Cilantro lime fries with over 300% increase from 2020, indicating the craving for more global ingredients and flavors.6

Other global ingredients seeing the fastest growth in fry dishes are kimchi (144%), sriracha aioli (79%) and carne asada (43%). According to Datassential, “most of the global ingredients that are trending with fries today are Mexican or Southwest-inspired: queso, cilantro, carne asada, pico de gallo, cotija, etc.”7

Need some inspiration? The Simplot Culinary Team has done the research and development for you, so try some of these recipes:

Since the innovative cooks of Peru first started preparing potatoes, chefs have prepared the mighty tuber in thousands of ways. In only the last few decades, the fry has become one of the most popular dishes as chefs worldwide experiment to incorporate them into their own culinary traditions. Take the time to research different global flavor trends related to fried potatoes. The demand for innovative fry dishes will only keep growing.

1 Smithsonian Magazine
2 National Geographic
3 A Brief History of Fries as the Ultimate Side
4 The Unique Way People In South Korea Eat Their Fries
5 BuzzFeed
6 DoorDash
7 Datassential, 2022 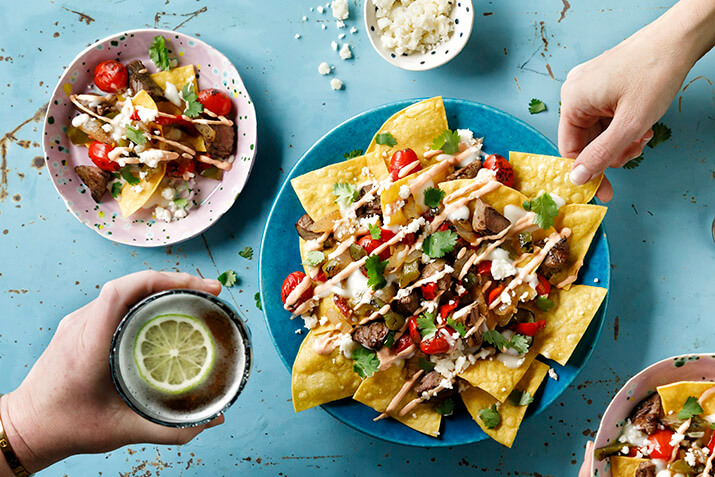 5 Ways to Amp-up Your Appetizer Game

Have you taken a critical look at your appetizer menu lately? With a little creativity and some attention to current trends, you can increase menu appeal and your bottom line. 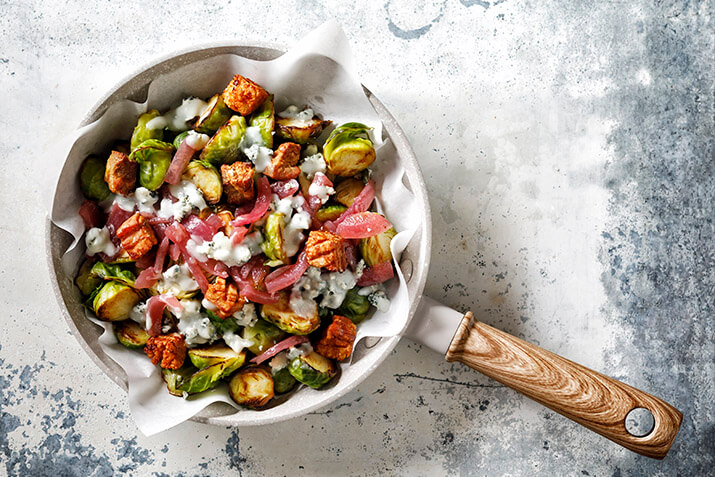 3 Ways to Make Shareable Small Plates from Side Dishes

Transitioning your sides to enticing appetizers is a great way to optimize ingredient utilization. It can also be a lot of fun—for you and for your customers—don't miss out on this trend. 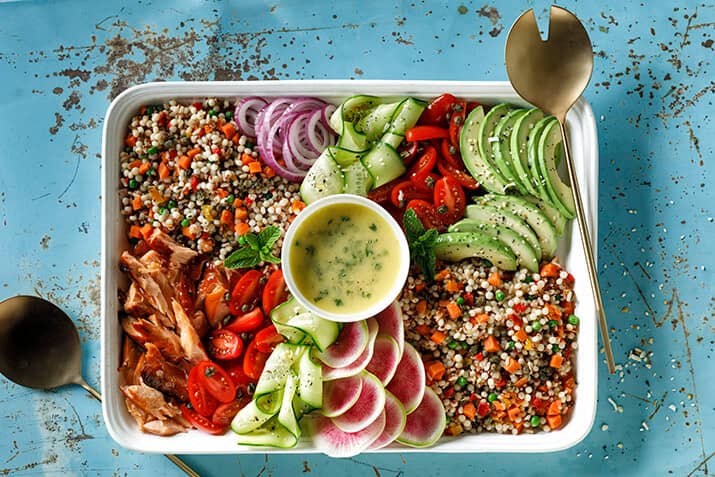 Today’s health-conscious customers continue to seek out fresh menu options, and salads rank high on the list. But which salads and ingredients are customers looking for?